Mt. Bierstadt is the closest 14’er to Denver. It’s also one of the easiest to climb.

The parking lot was full at 9am. Cars were spilling out, parked on both sides of the road for a quarter mile in each direction.

We passed college kids, retirees, babies in backpacks, and lots of dogs along the wide and busy trail. There’s only a little bit of rock scrambling at the very end.

As we drank water at the top, I decided to join Elizabeth in her goal to climb all 53 Colorado 14’ers. I’ve got 51 to go.

The best part about the hike was that I didn’t get hungry.

I’ve been intermittent fasting for three weeks. After I eat dinner, I wait until noon the next day to eat again.

When I wake up, I chug water and drink black coffee. Sometimes I start prepping my muesli bowl at 11am in eager anticipation, but usually I don’t notice any hunger.

An empty stomach keeps me focused while writing and programming. It also gives me more energy. Back in high school, during debate tournaments, I’d go full days without eating. I knew if I ate, I’d struggle to focus during the next round’s speeches.

It never occurred to me to make intermittent fasting part of my daily life. I used to roll my eyes when life-hack-salespeople talked about optimizing their eating schedules. But Elizabeth just finished reading The Obesity Code. The science behind insulin and digestion makes sense.1 So I decided to give it a go.

Since I started fasting, I’ve avoided running in the morning. I didn’t think I’d be able to wait until noon to eat. But I also thought hiking up to 14,060 on an empty stomach might cause me to feel faint or dizzy or light-headed or empty. 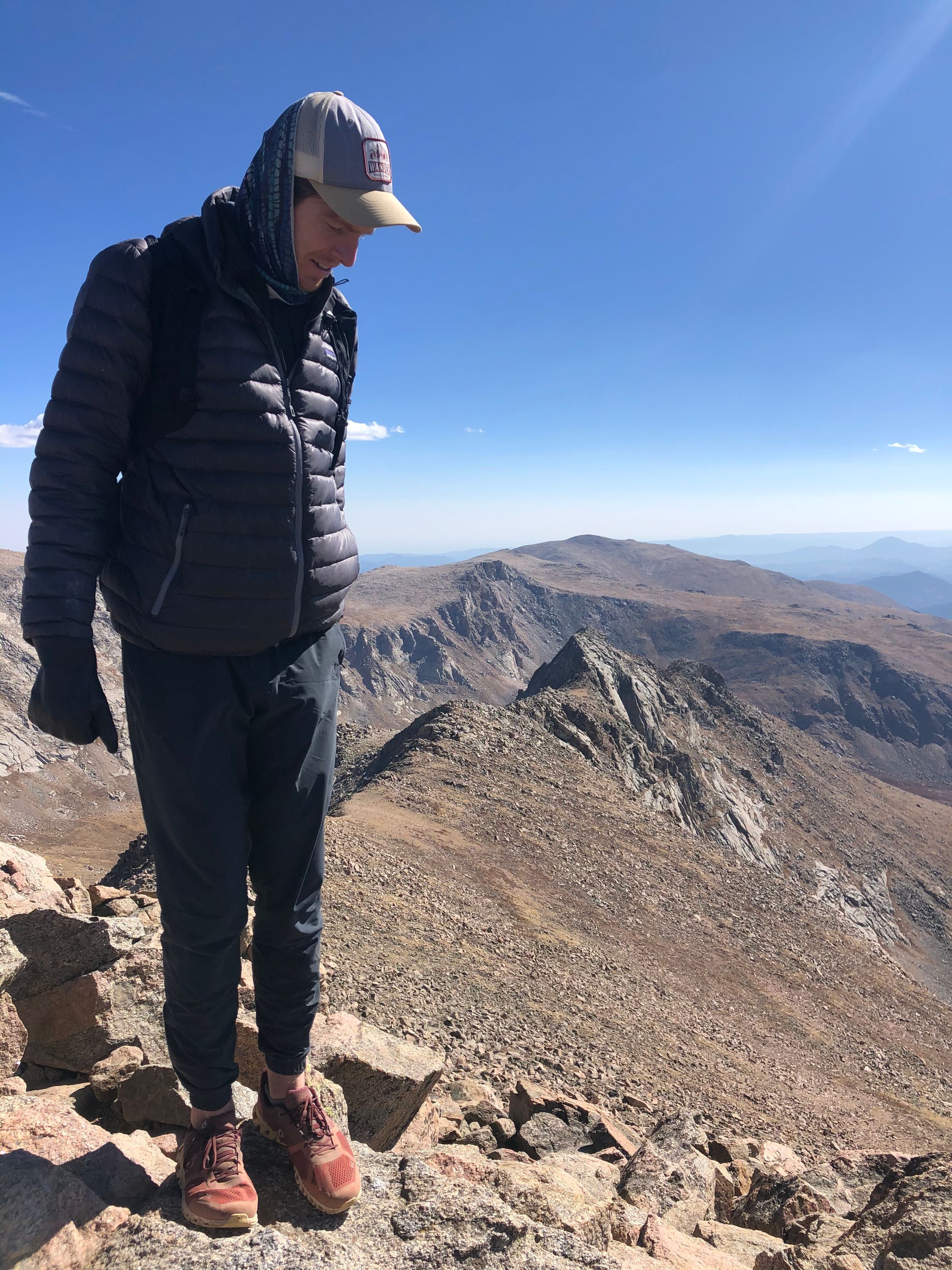 Elon gets credit for creating huge, new markets. But all of his companies started with existing markets.

After Neuralink’s recent demo, pundits focused on clickbait “Elon wants to put chips in our brains” articles. They ignored the most interesting part: there’s an existing market of people with Parkinson’s and other degenerative disorders who already embed electronics in their skulls.2 Can Neuralink improve those implants first, before they drill holes in all of our skulls?

I can’t think of another entrepreneur who’s been so consistently good at applying new technologies to existing markets. His companies’ massive missions merely linger in the background.

Zuckerberg and Oculus are taking the opposite approach. They’re building a new market for immersive VR. MKBHD pressed him on why he wasn’t addressing existing problems first. “We’re focused on connecting people,” he said.3 He’s not interested in other use cases.

Would it not be smarter to start with existing problems for VR? Perhaps surgeons or medical device reps virtually visiting operating rooms? Why jump straight to a non-existent market?

This is the same class of problem.

Elon’s visions are in the clouds - literally. But his implementations always start small.

If I do any of these things, I have a bad day:

The easiest way to have a good day is to avoid a bad day.

Today I had a good day.

Munger often says that, for a white guy with a math brain, there wasn’t a better time or place to be born than in 1920’s Nebraska.

No doubt, Munger had impeccable timing. The concept of putting money into a 401k and expecting to buy a beachfront mansion in Florida at the age of 63 is long gone. The rate of return over the next 80 years isn’t going to match America’s post-war industrial boom. See’s Candy can’t be bought for $20 million anymore.

But Munger isn’t giving himself enough credit. He wouldn’t be buying companies if he were starting over today. The number of ways to make money has increased exponentially.

The mom-and-pop-hardware-store world of yesteryear is vastly overrated.

The reality of the 20th Century is that if you didn’t have a cushy corporate executive job, you didn’t have it that good. Ho-hum, 9-to-5, go to work, sock a little away, hope you’re able to enjoy retirement “some day.”

Engineers had to wear white button-downs and spend their entire careers with IBM, musicians had to convince labels to distribute their music, authors had to find publishers, marketers were men who lived near 5th Avenue, Wall Street was the only place an Ivy League grad could make a fortune.

Now, anybody can publish software and charge for it. Anybody can record their own talk show. YouTube stars have bigger audiences than A-list actors on TV. Engineers at Facebook make more than analysts at Goldman Sachs.

Opportunity has always been distributed, it just didn’t used to be discoverable.

The challenge in 1920’s America was being matched with the opportunities that did exist. Munger was lucky to have worked for Warren Buffett’s grandfather at the Buffett & Son grocery store. Without that stroke of geographical luck at birth, he may have never partnered with Warren.

Nowadays, opportunities are both distributed and discoverable.

You can talk to Richard Dawkins on Twitter. You can find partners and customers and coworkers and jobs by publishing articles. You can distribute software and books and music without a suit’s blessing.

As the odds of discovering opportunities increase, skills become more important than time or geography in determining success.

I’d choose being born today over 1924 every single time.

The West still feels wild. America’s interior has only recently been fully explored.

The canyons of the Colorado River were unmapped until John Wesley Powell’s expedition in 1869. He floated from Wyoming to Nevada, passing through what is now Canyonlands National Park in Utah.

Ten people started the journey with him. Four of them abandoned their boats, climbed the canyon walls, and quit. The other six made it to the end.

We’ve been waking up early and hiking before opening our laptops most mornings. Last week, we woke up at 5am and drove 1.5 hours south into The Needles of Canyonlands.

The sun was starting to peak above the rocks just as we reached the Elephant Hill trailhead. I felt like I was on the set of A Land Before Time. We hiked and trail-ran an 11-mile loop - through deep canyons, around rock towers - and got back to the car around noon.

Here’s a picture we took along the way. When we got back to Moab, I pulled up the location on Google Maps. It looks even cooler from above. 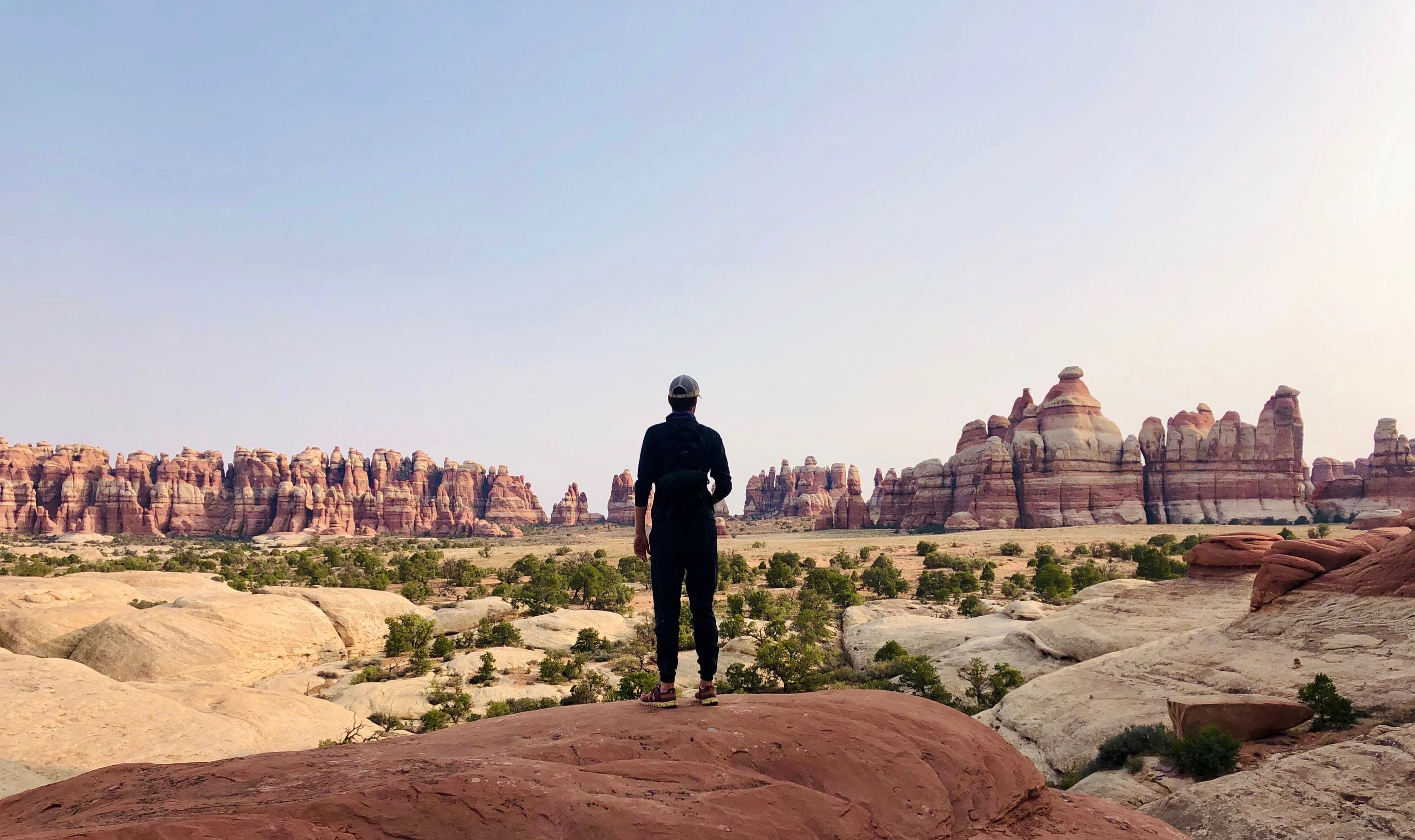 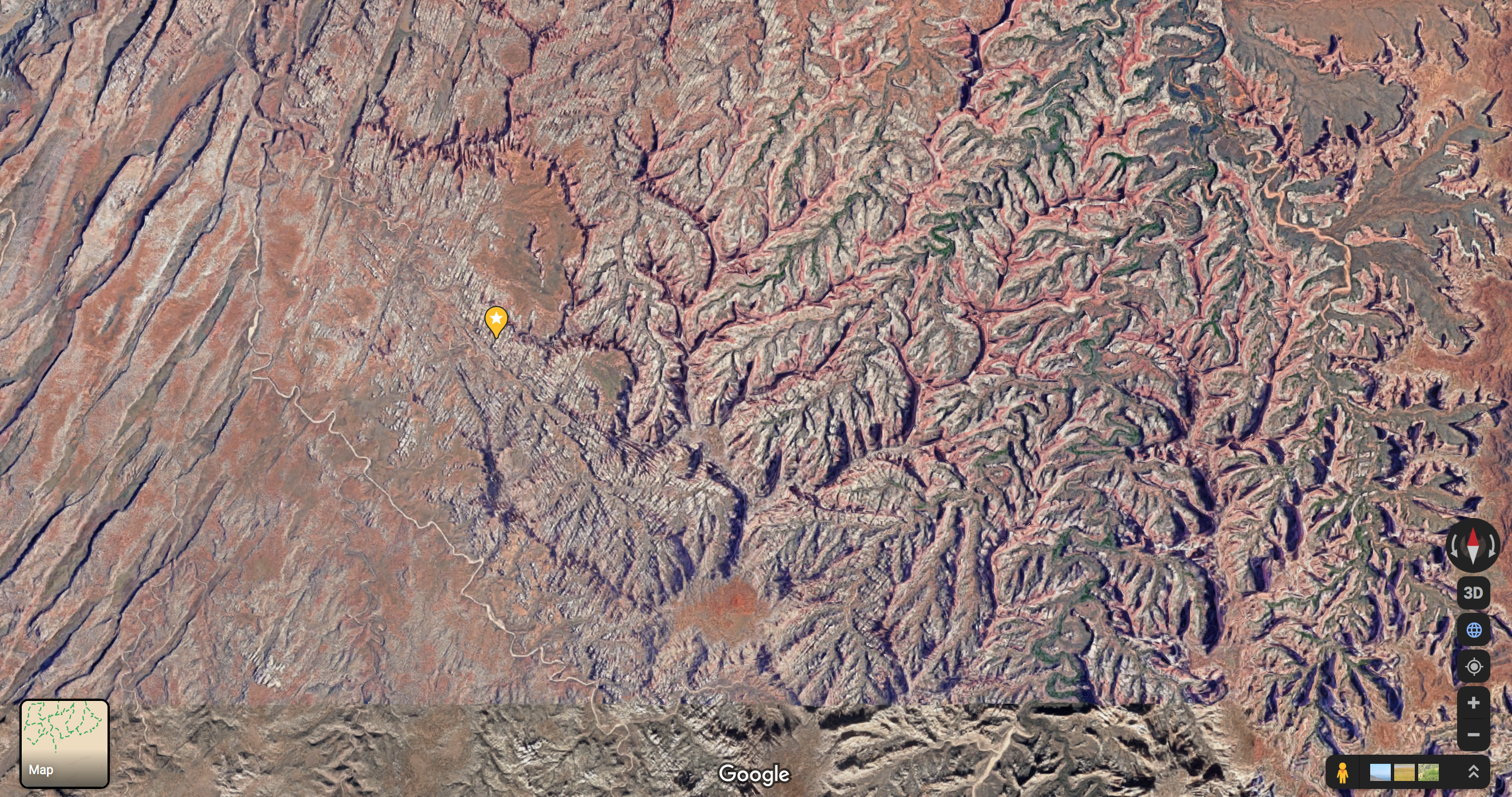 To the next chapter

Yesterday, the movers showed up at 9:15am. Our apartment was empty by 1pm.

We loaded up the Subaru and started driving up I-80. Goodbye, San Francisco.

The air quality index was “Dangerous” when we went to bed near Squaw Valley’s mountain base last night.

The air cleared up a bit this morning. “Dangerous for those with existing conditions,” the app said.

We walked over to the Exhibition ski lift and walked partway up the mountain before turning around to get back to our laptops for the workday.

I’m glad most of our stuff is in storage. We’ve got skis, clothes, two giant widescreen monitors, and a car. It feels like we’re hauling around a lot of stuff, but at least we’re mobile. We’re heading to Moab next, then Colorado, then we’ll decide where to settle for 2021.

I love cities. I’m young and I want to meet people and make more friends.

But for now, we’re back to the nomadic lifestyle. 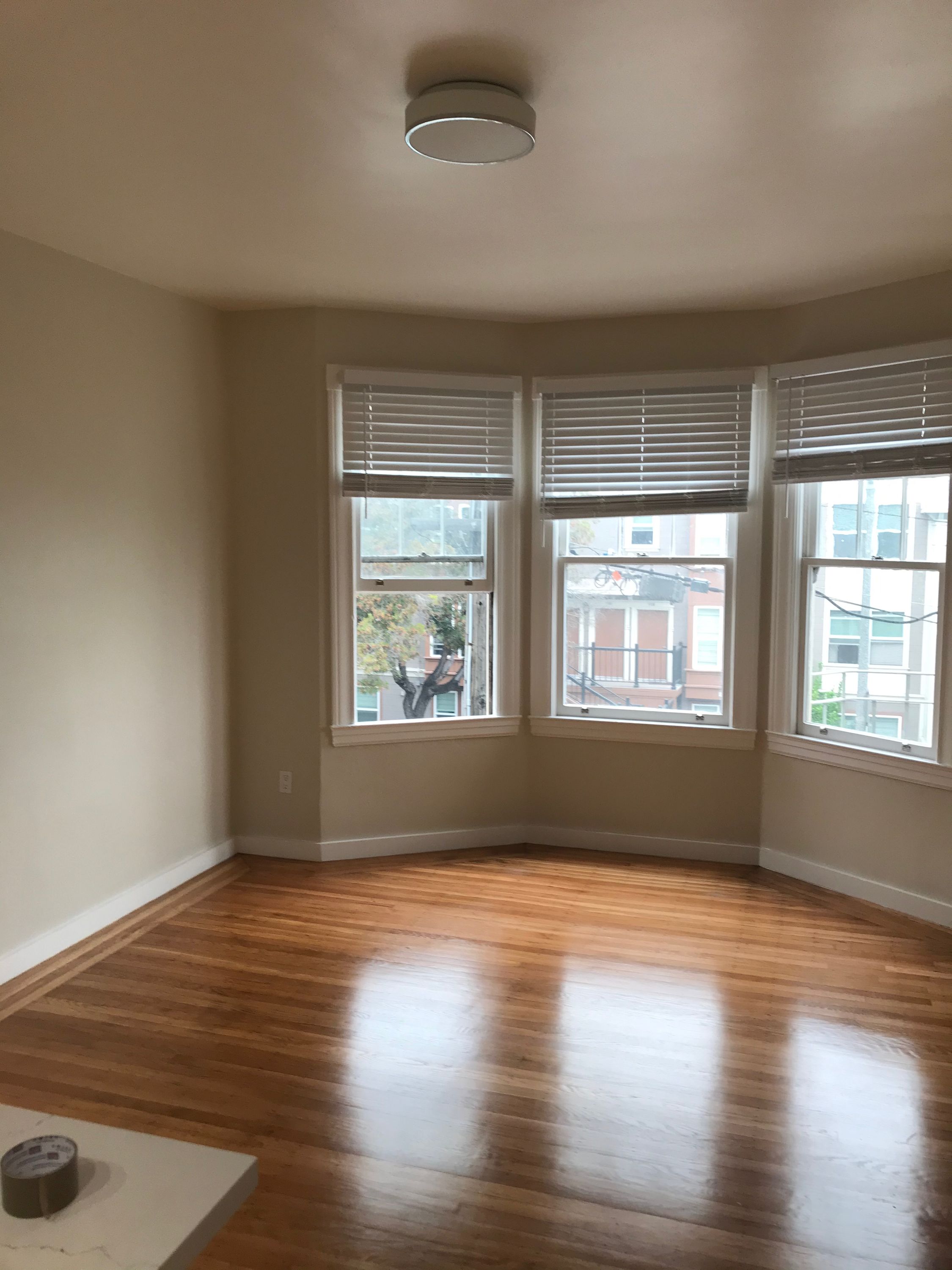 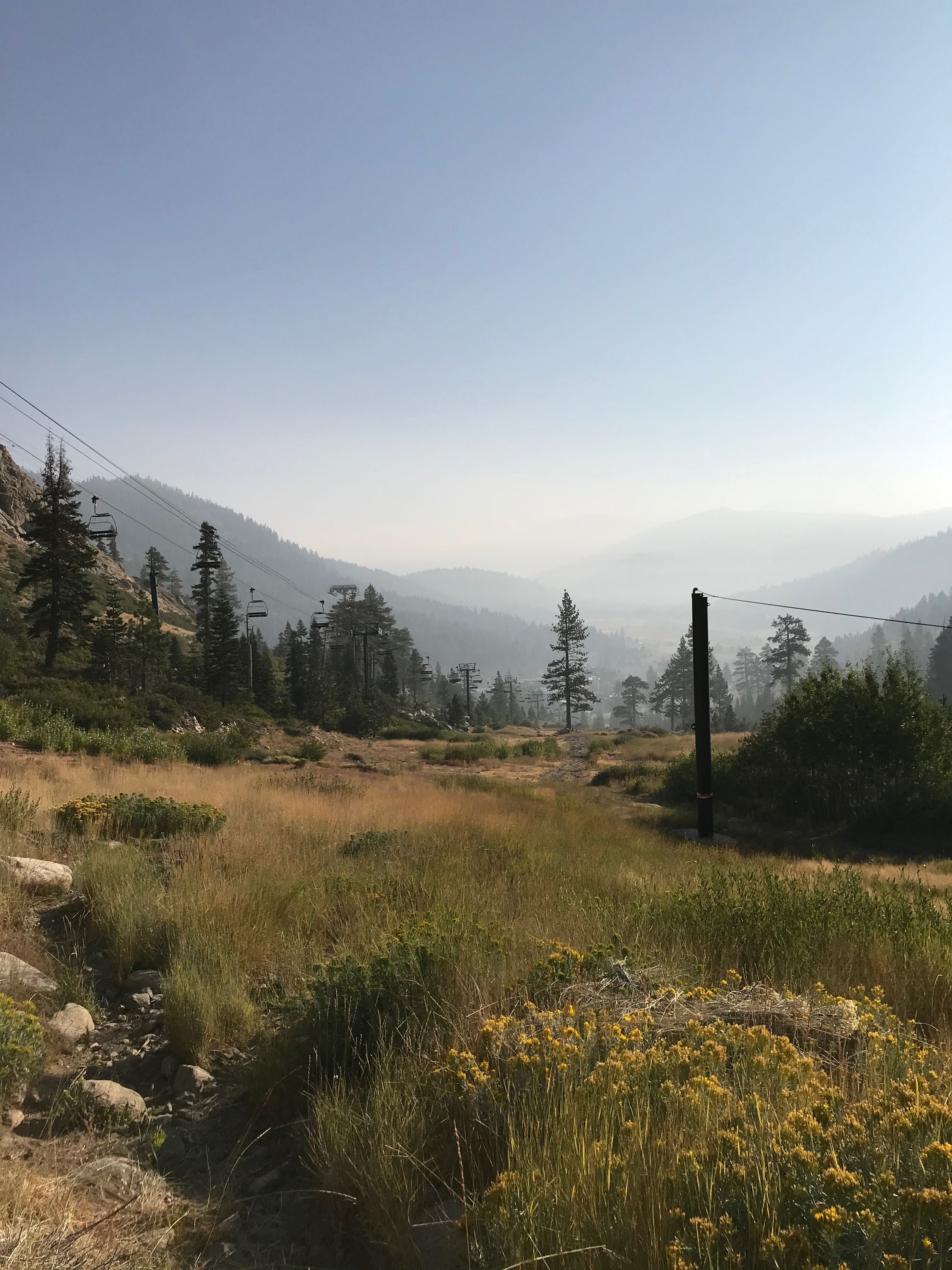